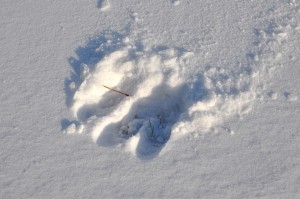 In 1905, representatives of the Canadian and Ontario governments (called “Treaty Commissioners”) travelled through Northern Ontario by canoe, and met with First Nations groups who had gathered at a series of Hudson’s Bay Company trading posts to negotiate Treaty 9.  The Treaty commissioners came to these meetings with a pre-made written Treaty document.  This document was only written in English, which the First Nations representatives could not read.  The Commissioners made a simple presentation through interpreters. 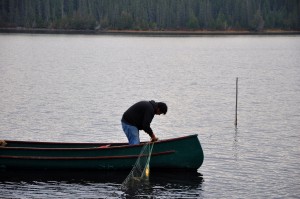 1.  The government would not limit the geographical area in which the First Nations could exercise their hunting and fishing rights, and that they would continue to be able to hunt and fish anywhere on their traditional lands and waters as they wished;

2.  The First Nations would be allowed to continue to hunt and fish as they and their forefathers had done, and that the Treaty would preserve this continuity, which was central to their way of life; and

3.  The government would not interfere with First Nations traditional livelihoods. 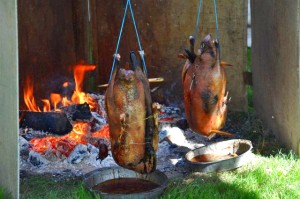 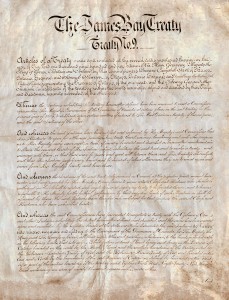 And His Majesty the King hereby agrees with the said Indians that they shall have the right to pursue their usual vocations of hunting, trapping and fishing throughout the tract surrendered as heretofore described, subject to such regulations as may from time to time be made by the government of the country, acting under the authority of His Majesty, and saving and excepting such tracts as may be required or taken up from time to time for settlement, mining, lumbering, trading or other purposes.